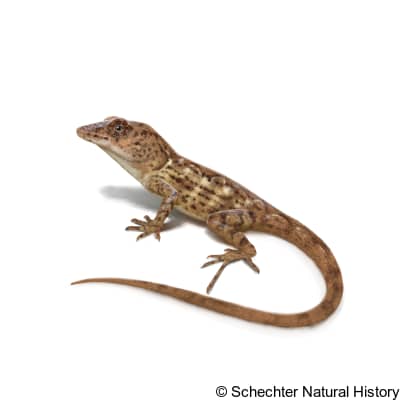 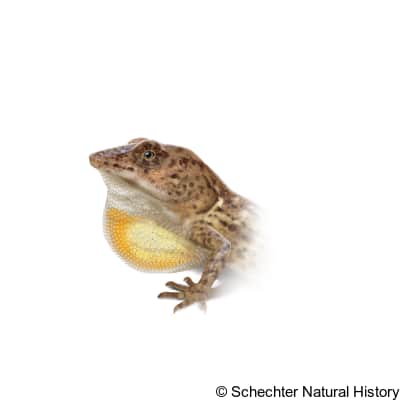 Native to the Caribbean island of Hispaniola, but introduced to extreme south Florida, as well as Suriname.

A semi-arboreal species that is often found on rocks, trees, shrubs, fences, vines, and piles of green waste. In Florida, it lives in urban environments.

A stout-bodied anole named for the male's relatively large head. Females have smaller, more proportionate heads. Males have a solid central crest from the back of the head to the proximal tail, with a cleft at the point of the shoulders. They also have a large whitish dewlap and 2 light longitudinal lines down each side of the body. They often have undefined dark horizontal streaks across their back. Both sexes have a greyish-tan background coloration. Females are subtly patterned with a row of light diamonds down the center of the back. Like most anoles, they can adjust their shades of color to better match their surroundings.