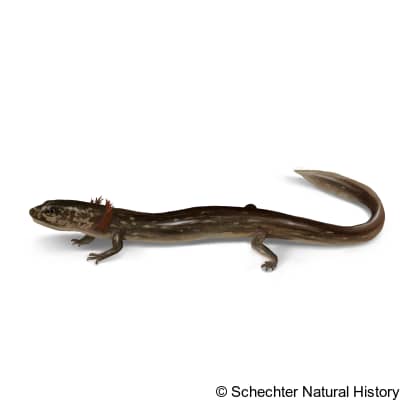 The valdina farms salamander are resident in medina county in Texas, USA.

They are aquatic salamanders found mainly in still freshwater areas such as spring-fed creeks and undisturbed waters of limestone crevices. They feed on shrimps, amphipods and snails that wander into the darkness of their habitat. The valdina farms salamander is oviparous. However, not a lot is known about this species as they were until the year 2000 classified as a subspecies of the Texas salamander.

Ranging between 2 to 3 inches, the valdina farms salamander is whitish or pale cream. Some morphs are tan, yellowish or brown olive. They have a translucent appearance with reduced limbs. The limbs are slender and short with a somewhat blueish tone. They have red external gills and eyes behind a layer of skin. The head is large and the tail is proportional to the body.