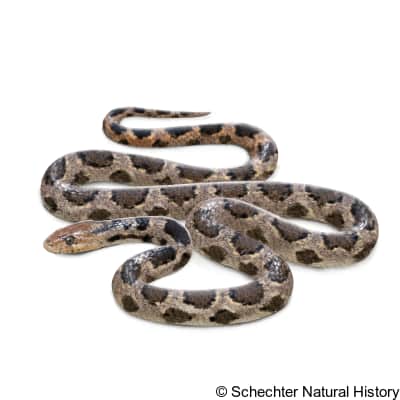 Can be found in various habitats including woodlands, prairies, marshes, and farmland. They are primarily ground-dwelling, but are good at climbing. They hibernate underground in the winter.

A smooth-scaled snake that reaches 3-6 feet in length and emits a musk that smells similar to a fox. It is light brown with dark brown irregular patches all over its body, which are larger on its back than on its sides. Ventrum has a black and cream checkered pattern. Its head is lighter with an orange hue, and it has a subtle darker band that runs from behind each eye and across the face.