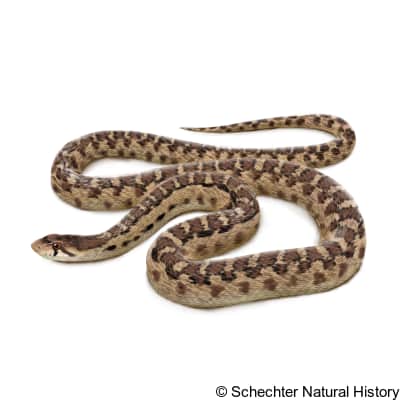 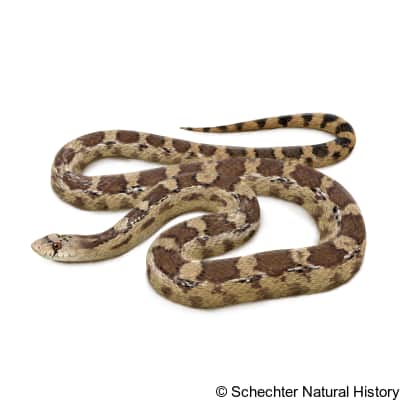 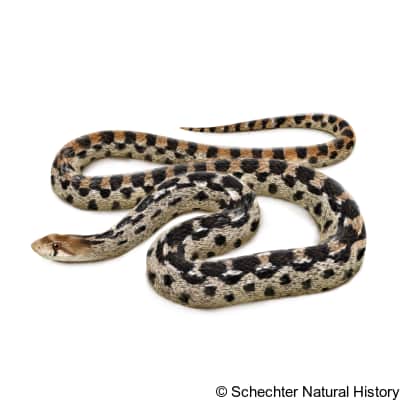 Inhabits a diverse array of areas including prairies, deserts, woodlands, shrublands, marshes, and farmland. During cold or very hot weather, will burrow underground in rodent burrows or ones it makes itself with its pointed snout. Females lay eggs in burrows or under rocks and logs.