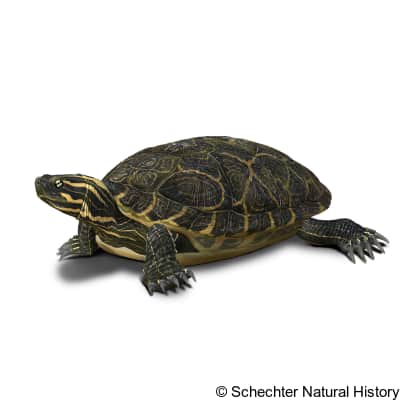 Native to the central and southeastern United States, from southeastern Kansas to eastern Texas, along the Gulf Coast through northern Florida, and up the Atlantic coast to Virginia. It is only found in a few small patches of West Virginia and Kentucky.

This aquatic turtle prefers permanent shallow rivers and lakes with lots of aquatic vegetation. It will sometimes inhabit ponds, swamps, or springs. It rarely strays more than 30 meters from water sources.