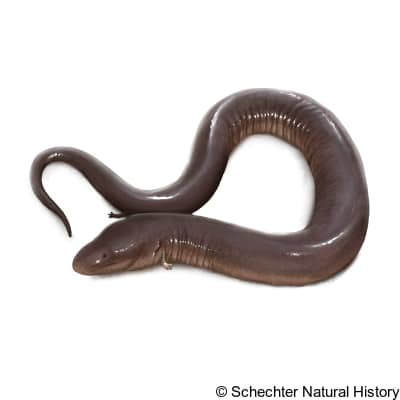 This species of aquatic salamander is native to the Southeastern United States. It ranges from Alabama to Texas, Tennessee and Kentucky, north to Missouri and Arkansas.

This species inhabits bottomland marshes and lakes, cypress sloughs, streams found in hilly regions and bayous. It is nocturnal in nature and feeds on fish, earthworms, tadpoles, snails, crustaceans and other small invertebrates. Fertilization is internal, which is unlike other amphiumas. An average of 200 eggs is laid in a single strand which becomes tangled in cavity.

The three-toed amphiuma or amphiuma tridactylum looks like an eel in appearance with an elongated dark brown colored body. It also possesses tiny vestigial legs. The species has a typical size of 18-30 inches. Eyes are small and lidless and the gill have slits. Presence of four tiny legs each having three toes is a distinguishing feature of the three-toed amphiuma. There’s an average of 62 coastal grooves.