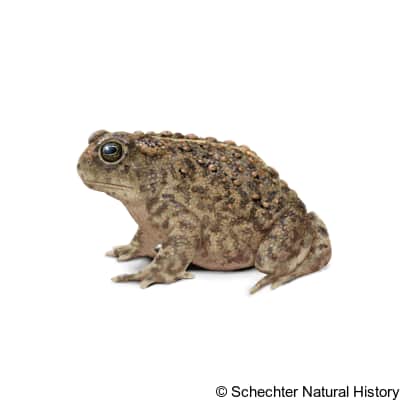 The Anaxyrus houstonensis has a very limited range in the southeastern part of Texas. Although, historically they were found to range across the central coastal region of Texas. Now, they are extremely endangered and their numbers have dwindled to next to nothing after the expansion of Houston in the ‘60s. Most of the population have not been seen since they were first discovered. The largest population of this species is in Bastrop County.

This species of toad thrive in sandy soils and prefer wooded areas interspersed with open grass. They can also be found in coastal prairies and are never far from water. In the breeding season, they gather near pools of water like ponds or depressions filled with pooled rainwater. Tadpoles are found in relatively semi-permanent stagnant water. The breeding period is in late January, it peaks in February and ends in late June. Females lay between 500-6000 eggs. The tadpoles feed on pollen and algae while adults prey on insects like beetles and ants and have been known to eat smaller toads.

The toad has a brown (or sometimes reddish) coloration at the upper part of its body. There are black or dark brown spots that fleck the skin. It has a mottled underbelly that is cream-colored. All specimens have at least a brown spot on the chest area. Females average a length range of 2-3 inches (snout-to-vent length) while the males are slightly smaller at 1.8 – 2.7 inches. The tadpoles have bodies and tails that are heavily pigmented.