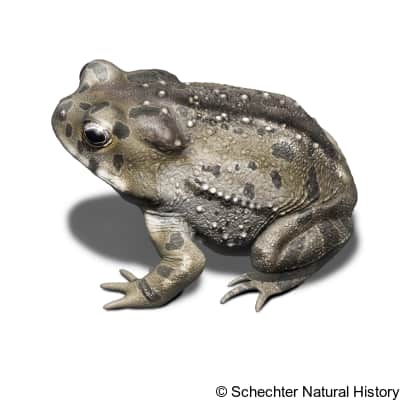 This species is found in the Southern United States where it is native to Texas and Northern Mexico.

The Texas toad is a desert species and is usually found in dry grassland, savannahs with scattered mesquite, sandy and inundated soils and open woodland. The Anaxyrus speciosus feeds on insects, ants, bugs and beetles. Breeding takes place after heavy rains during which male counterparts assemble at temporary ditches, poos and cattle ranks and call continuously, especially at night. The eggs are laid by females in water and hatch within two days. It takes between eighteen and sixty days for tadpoles to metamorphosize into juvenile toads.

The Texas toad or Anaxyrus speciosus are usually 2-3.5 inches in length. The skin coloration is gray with yellow-green or brown spots. The cranial crest of this species is absent or weak and it lacks stripe down its back. The tubercles on the feet of the Texas toad are black and sharp-edged.