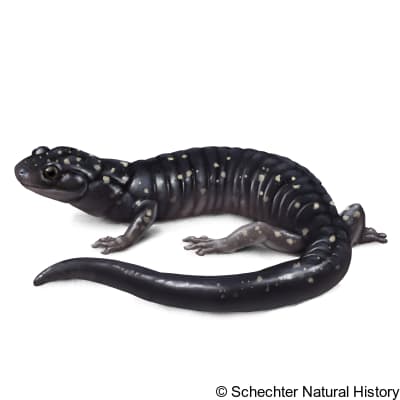 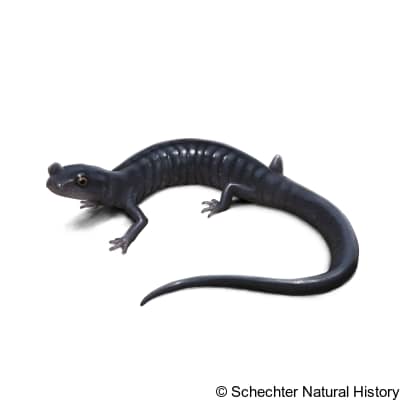 Dorsum either black or black with small white flecks, larger white blotches, or yellow blotches. Can also have gray or green tinge to dorsum. Belly is black with a gray tinge. Female's head is noticeably smaller than the male's head. Does not have lungs; instead breathes through its skin and tissues in its mouth. Clutch size varies from 8-25 eggs that are held together by peduncles. Young develop fully while still enclosed in eggs and are fully developed when they hatch. Young look similar to adults with a solid black dorsum that can have green or gold elements. Yellow is apparent around the limbs.