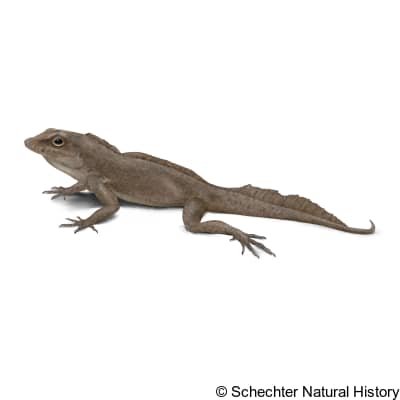 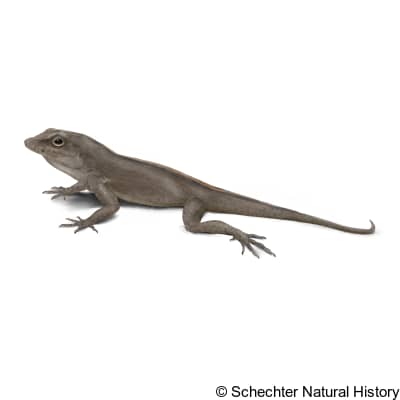 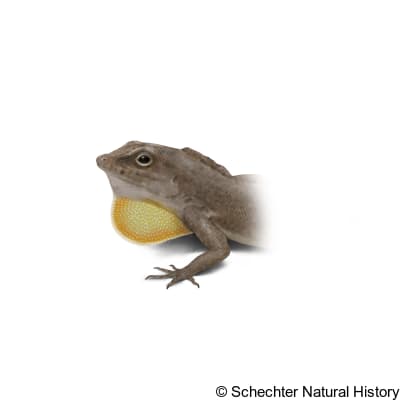 Crested Anoles are traditionally native to Puerto Rico, they are also found in Miami and Florida, USA.

Crested Anoles are tree-dwelling creatures and perching species. They are commonly referred to as trunk-ground species because of their strong preference to remain on or close to the ground. They are diurnal and so spend quality time spying and perching on walls and fences. They are mostly found in urban and suburban regions. The lizard feeds on insects, small fruits, frogs, flowers and even young lizards as a carnivore. The female species lay one or two eggs at a time in underground holes, logs or rock pikes after regular mating sessions. However, egg production is less active during cold or dry seasons. Incubation period lasts for approximately 50days. Luckily, the body temperature varies with the environment so, they are able to adapt quickly. This specie is extremely territorial so they are rough and may have to fight to survive. These animals communicate with push-ups, dewlaps extensions, head bobbing, bites, tail lashing, etc.

The Crested Anole is a relatively small and full-bodied lizard. Although the females are significantly smaller than the male species, they are able to develop and measure up to 77mm from snout to vent asides a tail as long as 1.7 times the snout to vent length. Naturally, the body coloration varies from bronze to greenish grey with light colored irregular markings. The entire underside, including the dewlap(throat-sac) is greenish yellow except its whitish throat. Notably, this specie is often mistaken as chameleons particularly because of its ability to display and appear in various dark-shaded colors. Asides the large throat-sac (especially in the male) posing as a distinguishing feature, the crest on the tail makes it more distinct at the same time, explaining its common name. The crests are fin-like and wavy running through from the back to the tail but appearing shorter on the back compared to the tail.