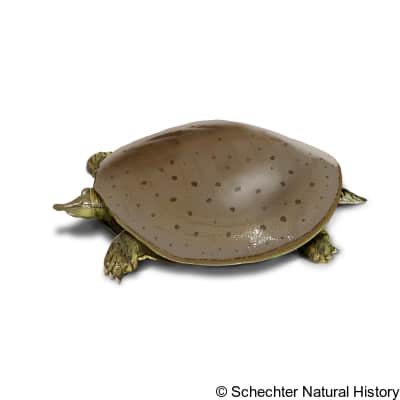 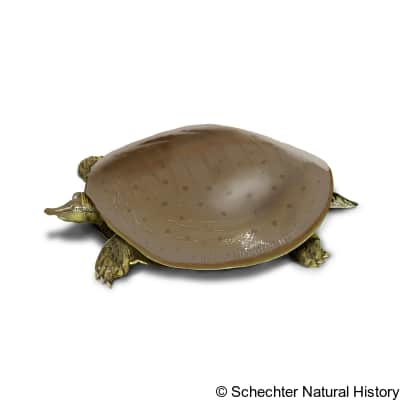 This species is easily identified by its sharp snorkel-like snout and round nostrils which it uses to breathe underwater and a smooth leathery softshell. Its shell is covered in skin rather than hard scutes as seen in most other turtle species.