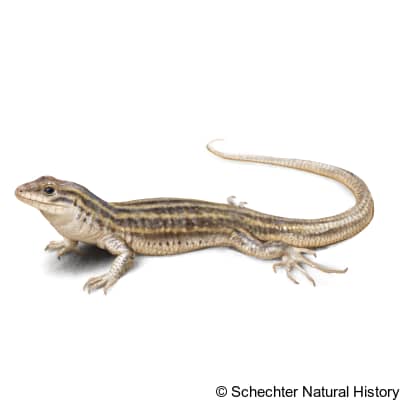 Generally inhabits disturbed, drainage habitats along the Rio Grande. This can include grasslands, shrublands, woodlands, and deserts. Prefers sandy areas that contain sparse vegetation. Can also be found on fences and under rubble.

Exhibits a brown to black dorsum; seven yellow stripes run from head to tail. May display light colored markings between stripes. Throat varies from blue to green and belly can be light blue or white. All members of species are female; reproduction occurs through parthenogenesis, during which eggs can develop and be laid without fertilization by a sperm. Young are hatched in the summer; display blue tails.