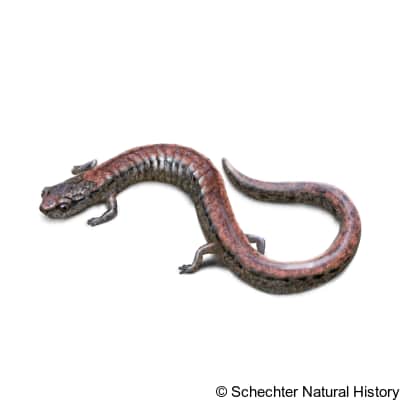 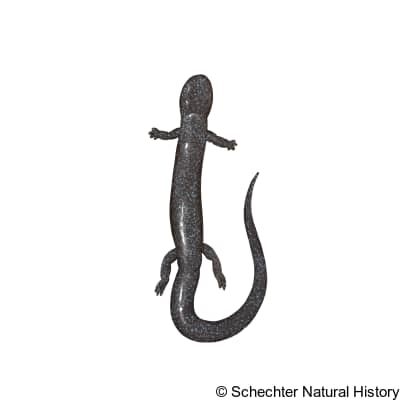 The Black-bellied Slender Salamander is endemic to California. They are usually found in mountains and valleys of the coast range from Southern Monterey County which is south to the Santa Ana Mountains. This including the Tehachapi, Santa Monica and San Gabriel Mountains which is east to Cajon Pass. Lastly, they can also be found on Santa Cruz Island.

They are mostly found in oak woodlands but can also be found in chaparral, grasslands, streamsides and oak and pine forests. They can also be found under rocks, logs, bark and other debris in moist areas. They are mostly active on rainy or wet nights when the temperatures are moderate. Their diet comprises of a variety of small invertebrates. Their breeding is terrestrial. They lay their eggs in winter which then hatch in winter and early spring.

The Black-bellied Slender Salamander grows to about 32 – 37 mm from snout to vent. They are small and slim with about 18 – 21 coastal grooves. They have short limbs, a narrow head, a long slender body and a very long tail. Additionally, they have conspicuous costal and caudal grooves which give this specie of salamander a worm-like appearance which is common among most Slender Salamanders. They also have four toes on the front and hind feet. This is also quite common among the Slender Salamanders. For mainland adults, their tail may be up to twice their body length. In comparison, for the adults from Santa Cruz Island, their tails are only up to their body length. Lastly, this salamander is dark brown or blackish with a reddish, brown or tan dorsal stripe above while its venter is dark with fine white speckling.