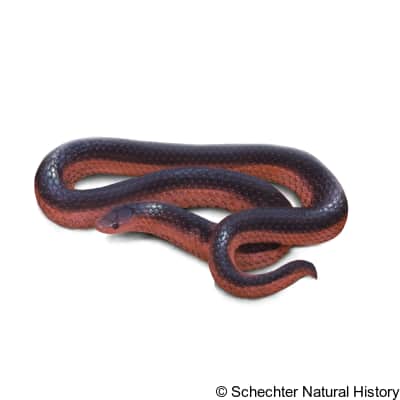 western worm snake or Carphophis vermis live primarily underground and spend majority of its time buried in loose soil or under damp leaf litter. This species feeds on almost entirely earthworms but it can also consume soft-bodied insects. Eggs are known to be laid early in the summer in a clutch size consisting of one to eight eggs. Hatching takes place around August or September. The size of the hatchling ranges from 3-4 inches.

The western worm snake has a total length of 7.5-11 inches at adult stage with the maximum length recorded as 14.8 inches. The Carphophis vermis has a dark purplish or brown dorsal coloration. The underside of the snake is usually lighter, pink or reddish in color. The foul-smelling musk from its cloaca is used a s a defense mechanism.