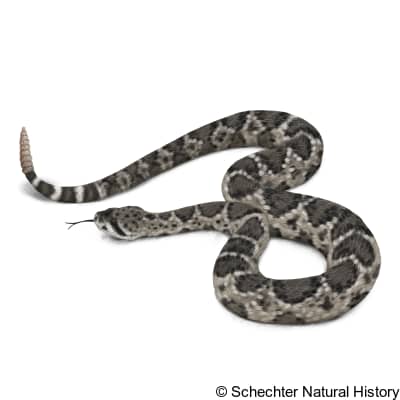 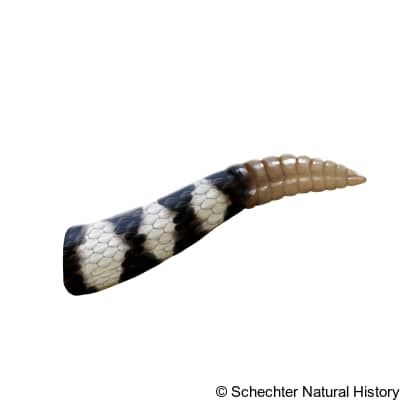 The Western Diamondback Rattlesnake can be found in the United States. This from central Arkansas to southeastern and Central California. Then south into Mexico going as far northern Sinaloa, Hidalgo and northern Veracruz. Separated populations subsist in southern Veracruz and southeastern Oaxaca.

This snake’s habitat ranges from flat coastal plains to steep rocky canyons and hillsides. It can also be found in various vegetation types. These including the desert, mesquite grassland, pine-oak forests and so on. They are solitary except during mating season. They are sometimes seen basking in the sun on warm winter days. They feed on prairie dogs, kangaroo rats, voles, woodrats and so on. They mate during fall. The females give birth to about 25 baby snakes. The babies could be as long as 30 cm.

An adult Western Diamondback rattlesnake is about 120 cm (4ft). Specimens of over 180 cm (6ft) are extremely rare. Males become much larger than the females and it is usually noticeable after sexual maturity is attained. They usually weigh on a range of 1.23 kg – 6.7 kg. They generally have a dusty-looking grey-brown ground color. Although it may also be pinkish-brown, brick-red, yellowish and so on. The ground color is overlapped dorsally with an average series of 36 dorsal blotches. These blotches become hexagonal and take on a distinct diamond shape. Their tail has 2 – 8 black bands. These black bands are separated by Ash white or pale grey interspaces. Lastly, it has a postocular stripe which is smoky grey or dark grey-brown. This stripe extends diagonally from the lower edge of the eye and crossed the side of the head.