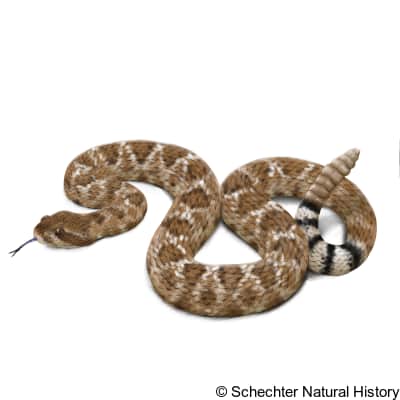 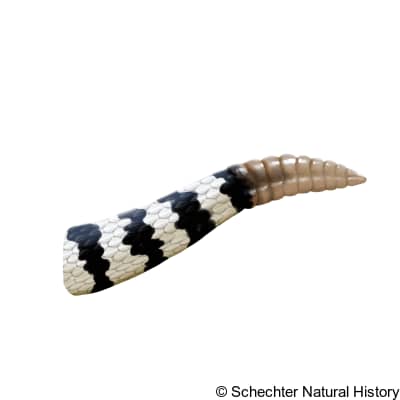 It dwells in the cooler coastal zone, over the mountains, and into the deserts. They inhabit the dense chaparral country of the foothills, cactus patches and boulders from sea level. It preys on rabbits, squirrels, birds, lizards, and other snakes. Species from the coastal regions prey on animals with larger body mass than those of the desert region. They mate between February and April and the females give birth in August, birthing between 3 and 20 young, having a length of 30-34 cm.

The red diamond rattlesnake has a body length, ranging from 39-59 inches, with the largest specimen having a length of 64 inches. It has a reddish skin pigmentation, which it derives its name from. It has a transversely divided lower labial scale on each sides, which forms a pair of anterior chin shields. The dorsal scales are arranged on 29 rows but a few species have 25-31 rows. Its ventrals range from 185-206.