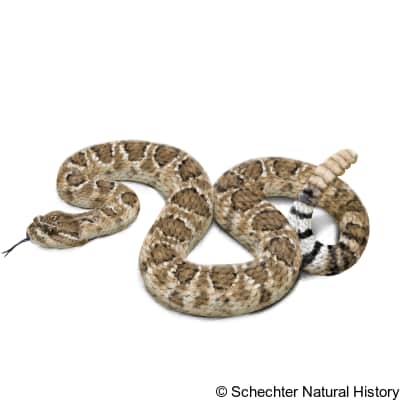 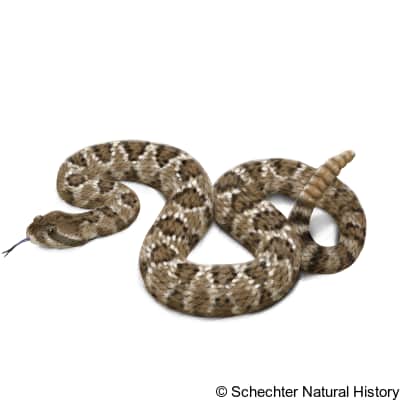 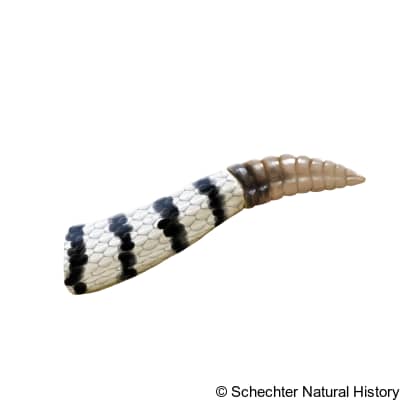 Wide-ranging throughout the southwest and Mexico; from southern Nevada and southwestern Utah through southeastern California, western Arizona, southern New Mexico, the Texas panhandle, and throughout central Mexico.

This snake prefers open, dry habitats with sparse desert scrub vegetation. It is most common in high deserts and low mountain slopes near sage mesquite and creosote. It is less common in lowland areas or grassy plains, and it typically avoids rocky or densely vegetated terrain.

A medium-sized rattlesnake averaging 3.3 feet in length, with a moderately thick body. It has strongly keeled dorsal scales and two large plate-like scales over the eyes, creating large brow ridges. It has a lighter background color with dark, jagged-edged patches down its back, and a black banded tail with a rattle. The patches are usually outlined with darker scales. It often has lateral rows of faded diamond-shaped markings, just above the ventrum. It also has wide, diagonal stripes behind each eye, bordered by thinner pale stripes. Many individuals have a slight greenish hue to their coloration. Smooth ventral scales are pale and unmarked. Its venom is extremely potent.