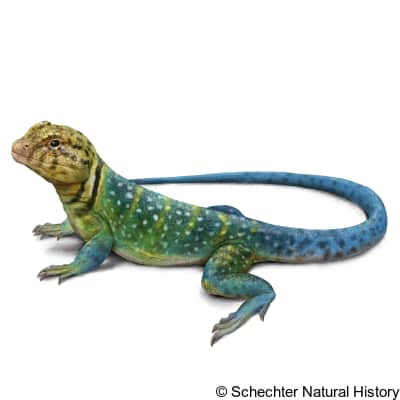 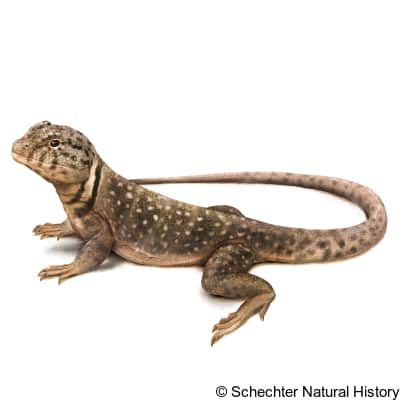 The Eastern Collard lizard lives in north-central Mexico and the south-central United States, from Utah, Nevada, southern California and northwestern Arizona through to northern Kansas, eastern Missouri, Arkansas and parts of New Mexico.

Eastern collard lizards inhabit a variety of different habitats, from the Pinyon-juniper woodland of the United States to grassy meadows and rocky cliffs and mountain peaks. Generally, these lizards prefer to dwell in rugged terrain within arid or semi-arid regions with ample crevices and rocks to hide underneath when inactive.

The Eastern Collard lizard is recognized as Oklahoma’s official state lizard. These reptiles are characterized by their large size, bright coloring, and two distinct black lines that appear just behind the head and on the midline of the back. Males are typically green in color with pale orange markings and small yellow spots. Females range from brown to gray in color and have bright orange streaks on their backs. The underside of the Eastern Collard lizard is white. These lizards can grow up to 8-15 inches long. They can run using only their hind legs and have been recorded to run as fast as 16 miles per hour with a stride of more than three times the length of its body. Unlike other lizards, if the Eastern Collar lizard loses its tail, it will not grow back.