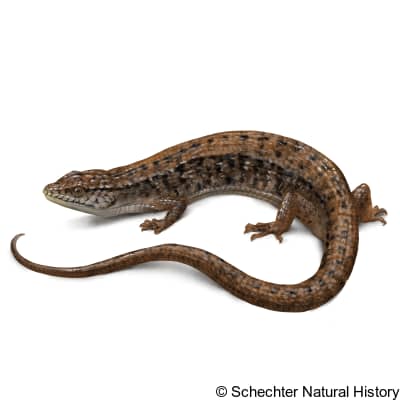 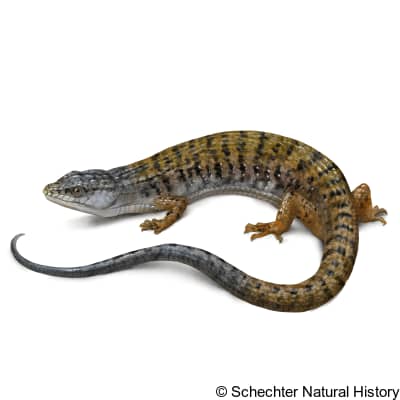 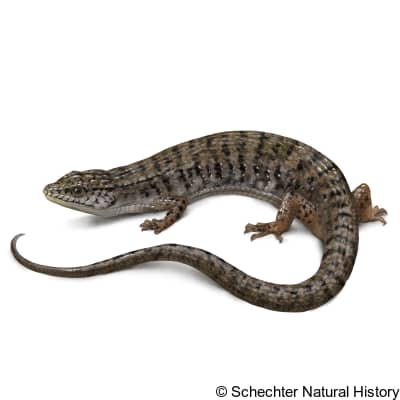 Grassland, forests and woodland, clear-cuts, marshes, coastal dunes, and along streams. Usually found under surface cover including logs and bark. Along the coast, they tend to appear far from any major cover in sunny clearings.

Known for alligator-like characteristics including a large head, powerful jaws, large bony scales, and an elongated body. Although body is slim with short limbs, tail can reach twice the length of the body. Large bone-reinforced scales run across the back and middle of body. They are separated by a band of small granular scales on the back and belly which create a fold that expands to hold eggs, food, or live young. Can be either grey, brown, or olive in color with broad olive-gray bands running down the back. Underside usually light gray with slight darkness around each scale. The male's head is usually broader and more triangular than the female's. Newborn lizards are about 4 inches long with shiny, smooth skin and tan, copper, or light brown back and tail.