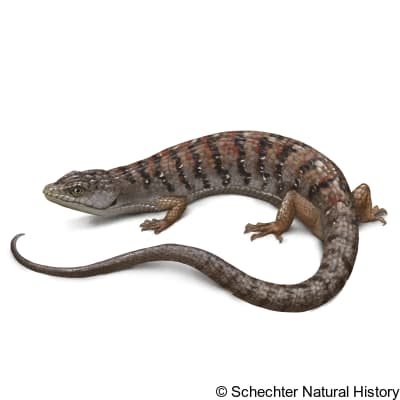 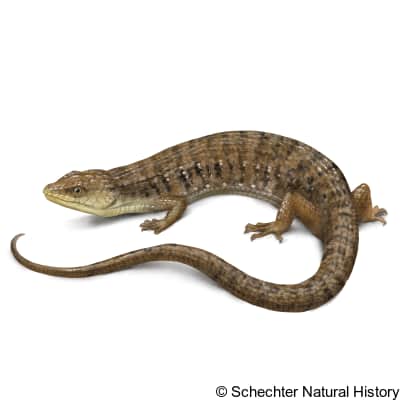 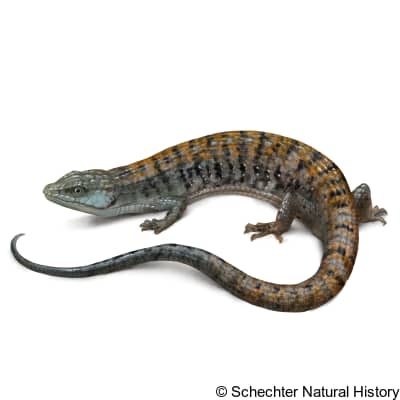 Found in a variety of areas that can include open forests, grasslands, and chaparral. Usually stay near wet areas under rocks, logs, wood piles, and other natural shelter. Females lay their eggs in underground burrows or under rocks in protected areas. Diet can include a range of invertebrates and also small vertebrates including other lizards, young birds, and small mammals.

Dorsum is either gray, brown, red, or yellow; width-wise bars run across back and usually contain white flecks. Long tail can grow up to twice the length of the body. Entire body covered with bony, overlapping plates followed by scales. Two skin folds on either side of body help expand body size when prey is consumed, lungs expand, or when holding eggs. Tongue possess a small, forked tip and is enclosed in powerful jaws. Females and males are mainly similar, but some males will have slightly larger heads than females.