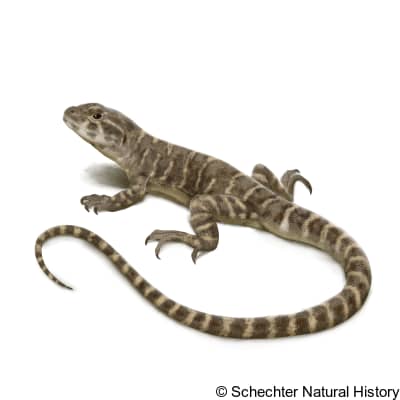 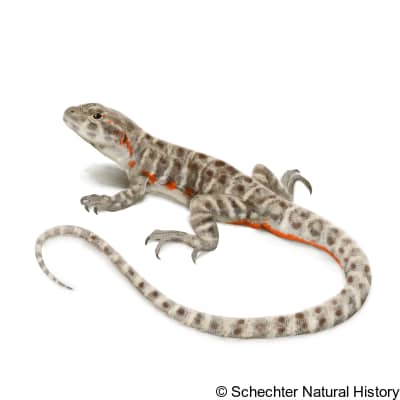 The G. sila is a rare lizard endemic to California. They can be found in the surrounding valleys and foothills of San Joaquin Valley, then Santa Barbara County, and Kern County.

This leopard lizard prefers semi-arid grasslands, flats, and washes. They are powerful bipedal runners and exploit flats while generally avoiding areas with dense vegetation. G. sila uses shrubs with adequate canopy for refuge and to regulate temperature but they emerge at dawn to bask. They also use ready-made burrows and dens to seek shelter. These burrows heavily affect the population of the lizard in the area. They breed from May to June and lay eggs in June and July to hatch in the following month.

The lizard is large, averaging 3 – 5 inches in length (excluding tail). It has a broad triangular head with its signature blunt snout, coarse scales, strong limbs and a rounded tail that is longer than the body. The general color is a shade of gray to brown, patterned with yellowish-white crossbands and large dark-colored dots (similar to a leopard’s). The ground color of G. sila assumes a lighter color as body temperature increases. It has a pale underside and markings of gray on the throat. Sexually dimorphic, the females begin to show red-orange flecks on their sides when in advanced stages of pregnancy. Males, on the other hand, display pink coloration on the chest and throat – in some cases body as well in the breeding season. Juveniles display higher contrast colors that adults with rusty coloration on the red spots and yellow under the tail and thighs.