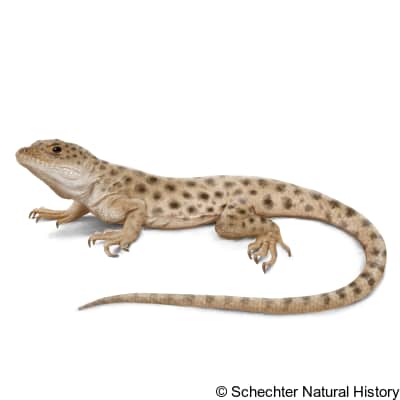 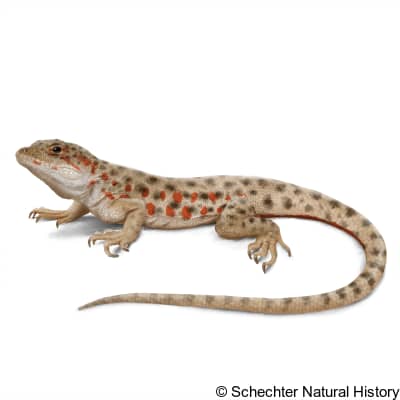 Especially prefers desert areas with many rodent burrows and some ground vegetation. Avoids areas with dense vegetation that will prevent running. Although spends most of its time on the ground, some individuals can be found in bushes when threatened. Diet includes spiders, lizards, insects, small mammals, and some plant material.