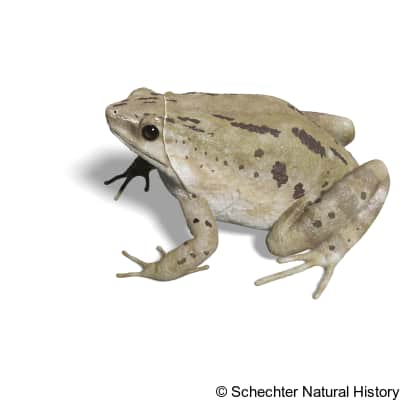 The Mazatlan narrow-mouthed toad can be found from Santa Cruz county, north to Mariposa County and west to near Ajo in western Pima County, Arizona.

It is found in the Madrean evergreen woodland, semi-desert grassland, and Sonoran desert scrub. They are primarily active at night, hence, very difficult to locate them, even during the largest breeding choruses. It rarely strays from its cover, such that it calls from deep within the snags and snarls of mesquite bosques. This act provides an impenetrable protective armor against most predators during the breeding season. They feed primarily on ants.

The Mazatlan Narrow-mouthed Toad has a smooth, wartless skin, a plump shape with short limbs, a narrow pointed head, and a fold of loose skin behind the eyes. Its skin color ranges from light grey to light brown, with black blotching and white mottling along the legs of some species. The adult male has a dark throat patch and vocal sac but the females do not. It has a maximum body length of 4 cm.