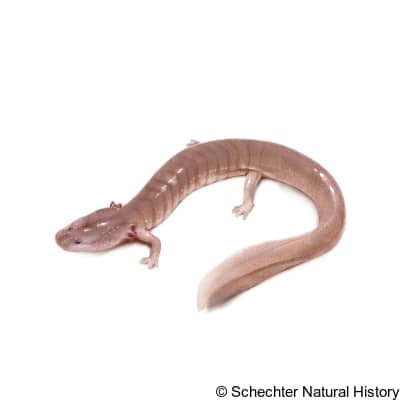 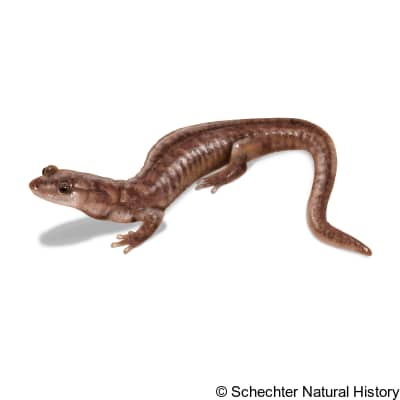 The berry cave salamander is hardly found outside cave environments. They are natural inland Karsts inhabitants. They are found dwelling under logs, rocks and other debris. They feed on often smaller species like shrimps, crabs. Barnacles, lobsters, worms and smaller salamanders. The Berry cave salamander attain reproductive maturity when it reaches an approximate length of 70mm. However, their eggs and embryos hasn’t been described till date. Also, they do not undergo changes into adulthood, thus, they continue to breed in their larval stage. This is the main reason why they often possess juvenile features.

The Berry Cave salamander has dark spots or stripes on the upper part of the throat. It has a wide head, tiny eyes, a flat snout, and a size ranging from 80 to 105 millimeters. Their gills are long and pink but may become bright red when it is handled or tired. Berry Cave salamanders have slim limbs that are relatively long. They have a flattened tail and special fins that extend to the back, causing the tails to appear oar-shaped.