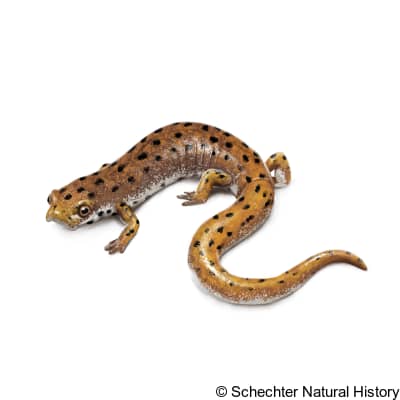 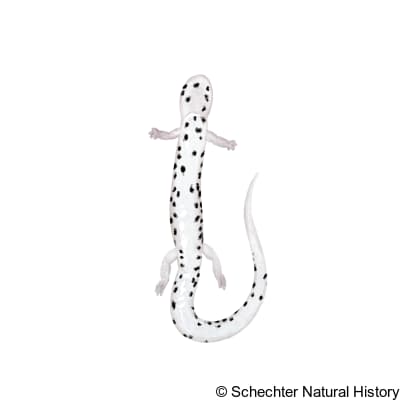 The four-toed salamander can be seen from Nova Scotia to northern Minnesota and south to the Gulf of Mexico. It spreads across states close to the Appalachian mountains.

It is seen to dwell in sphagnum bogs, bog-based streams, and floodplains in woodland areas. They are also reported to hibernate underground the forest soil. They mate during fall and females don’t lay eggs until next spring. They could lay up to 30 eggs and tend the eggs until they hatch one to two months later. While adults feed on insects and other invertebrates like spider, worms, ticks, and springtails, juveniles feed on aquatic crustaceans like lobsters and shrimps.

The four-toed Salamander has a white underbelly with black dots. Its dorsum ranges from orange-brown to reddish-brown, with greyish flanks. It has a length of 2-4 inches It has elongated body and limbs but a short snout and more prominent eyes. The color of the tail is usually brighter than the body and this is noticeable with the constriction at the body/tail junction. It derives its name from the 4 toes at the posterior limbs. Males have elongated and square-like snouts while the females have round and short snouts. Juveniles have a shorter tail with a length of 11-15 mm.