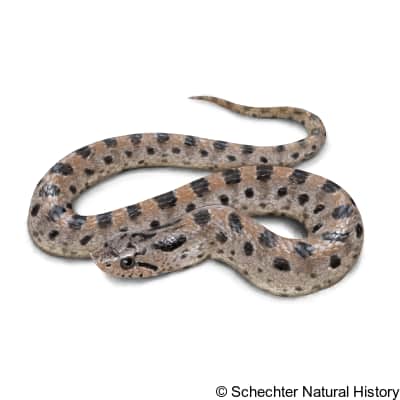 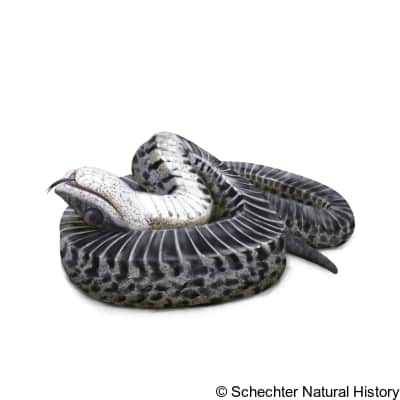 Can be identified by easily distinguishable upturned snout which resembles that of a hog. Dorsum is tan, grey, or reddish and exhibits large dark brown spots down back and smaller spots down either side. Venter is light gray. Males and females breed between April and August. Females typically lay clutches of between 6 and 10 eggs and are larger than their male counterparts. Juveniles exhibit a gray dorsum with dark spots.