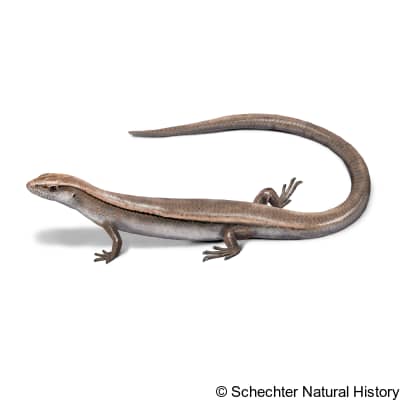 This species of skink is endemic to Australia. It is found almost on every part of the Eastern Coast of Australia and also in almost all areas of New Zealand. It is also seen on Lord Rowe Island.

Recently, more population is observed in suburban gardens. Naturally, it is found habited favorably in rainforest exteriors, coastal vegetation and wooded lands. It is typically a terrestrial animal. Reproduction is oviparous and it practices communal nesting. This makes for the conclusion that it is a social creature. An adult female can lay up to 1-5 eggs at once, and communal nests may hold up to 250-300 eggs from different females at a time. It is a forager. This skink can be found gliding on shrubs, under brushes and leaf litter piles searching for what to feed on. Its favorite edibles includes insects and other variety of invertebrates. It is prey to wild cats and foxes and when found in domestic perimeters become good for domestic cats. Its response to threat is flight, and can distract a predator by detaching its tail while making an escape.

Lampropholis roughly translates to mean “glistening ones.” This species is identified by their shiny and slender skins which makes them seem to be going faster than they actually are when in movement. This species has a grey or very rich deep brown color which is evident all around it’s body from the dorsum but gets paler upon getting towards the belly. Of course, the skin also feels softer in the belly area. It has line features running down the sides of its back, one black above and one brown below on each side. It is a small animal, rarely measuring more than 40 mm in Snout-to-vent length, and having a tail of about 55 mm usually more than its head and body length. Their total length doesn’t exceed 95 mm. It has 22 medial body scale rows. All of its other features are small, complementary to its size, like its short front and hind feet, small eyes and ears and a small slender head which has a narrow rounded nozzle.