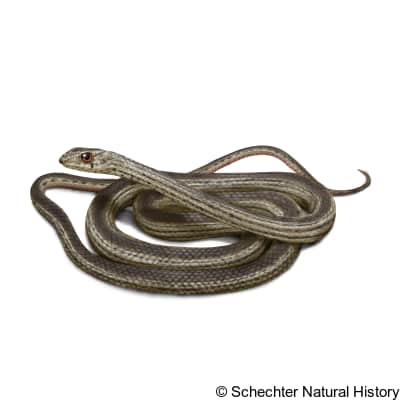 This species is native to the Western United States in northern California and southwestern Oregon. It is also found in the adjacent region of northern Mexico.

The striped whipsnake or Masticophis taeniatus has a total length that ranges from 30-72 inches. This snake exhibits dark brown, black, or gray coloration on the back. This varying coloration comes often with an olive or bluish. There is a dark longitudinal stripe along the center of ach of the first four rows of dorsal scales. The dorsal scales are smooth and not keeled and the scales at the head are large distinguishing it from others. The belly of this species ranges from a cream to yellowish coloration which fades to white toward the head and is coral pink toward the tail. Another feature of Masticophis taeniatus is a lower preocular between the upper labial scales of the mouth.