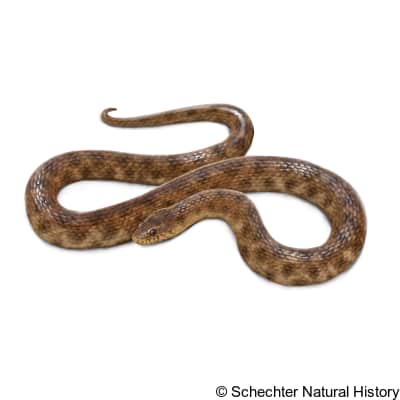 It is exclusively found at the rocky stream beds and banks of the Brazos river. It depends on the rocks for security, thus, without rocks, there are no Brazos river water snakes. The Brazos river water snake gives birth to their offsprings live. They often reproduce in the months of September and October. They could birth up to 23 offsprings at once with neonates measuring between 7 and 10 inches. They aren’t food generalists, although, a few species have been reported to feed on Salamanders, crayfish and some frog species.