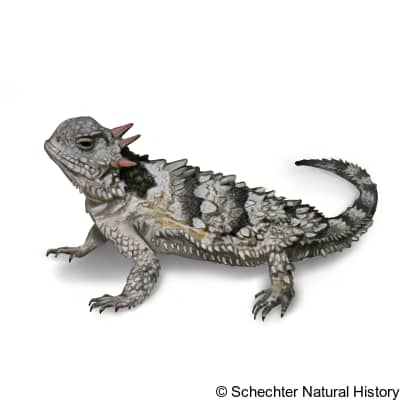 This specie can be historically located in California along the Pacific coast from the Baja California border west of the deserts and the Sierra Nevada which is north to the Bay Area. It also can be found inland as far north as Shasta Reservoir and south into Baja California. Additionally, it ranges up onto Kern Plateau east of the crest of the Sierra Nevada. Although, this range has been fragmented due to land alteration.

They can be found in open areas of sandy soil and low vegetation in valleys, foothills and semiarid mountains. They can also be found in grasslands, coniferous forests, woodlands and chaparral with open areas and patches of loose soil. They are diurnal and active during periods of warm weather. They become inactive during low temperatures or extreme heat. Their diet is mainly made up of ants, but they also take other small invertebrates. Lastly, the females lay about 6 – 21 eggs from May to June. These eggs hatch from August to September.

This lizard grows up to 63 – 114 mm from snout to vent. It is a flat bodies lizard with a wide oval-shaped body. It has scattered enlarged pointed scales on the upper body and tail as well as a large crown of horns or spines on its head. The longest horns are the two at the centre. The males have enlarged postanal scales as well as a swollen tail base in the time of breeding. The females are also generally larger than the males. They are reddish, brown, yellow or grey usually with dark blotches on the back. It also has large dark spots on the sides of its neck. Its belly is cream, beige or yellow and usually with dark spots. Lastly, its belly scales are smooth.