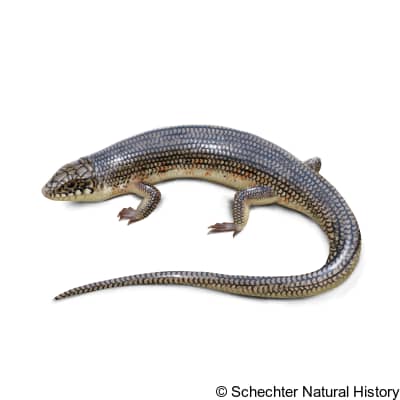 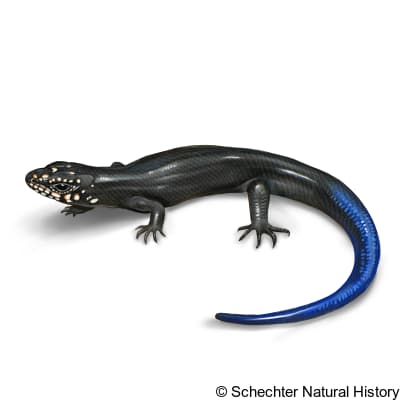 The range of the Great Plains skink starts at the west of Missouri and extends to northwest Arkansas and runs into southeastern and eastern Arizona. This skink can be found in southern parts of Nebraska and its range stops in northern Mexico. In summary, this skink’s range includes Nebraska, Arizona, New Mexico, Colorado, Missouri, Oklahoma, Texas, and Arkansas.

These skinks can be found in a variety of diverse habitat including semi-desert grasslands, mixed woodland, forests, canyons, mountain slopes, and open hillsides. They seem to prefer moist places but are not limited to just those environments. Specimens in the southwest mostly thrive in rocky terrain. When rocks or cover is absent, Great Plains skins will burrow or use other mammal burrows for shelter. Their diet consists only of invertebrates including insects, arachnids, gastropods, and arthropods. They consume grasshoppers, crickets, beetles and insect larvae. Mating occurs in late April and early May. The eggs are laid in June (clutches of 7 – 24 eggs) and take 40 days to hatch.

The Great Plains skink is one of the biggest skinks in the Plestiodon genus with average length ranges of 3.94 – 5.51 inches (snout-to-vent length). The lizard is stout with a thick tail and short limbs. It has a shiny body with a ground color of cream, light gray, olive, beige or tan. They possess conspicuously clawed toes and feet covered in scales. Dark markings shaped like crescents form a net-like pattern over most of the body excluding the head. Some specimens have the black markings resembling flecks or spots or even grouping to form patches. There is a yellow or yellow-orange tint on the tail and limbs and orange spots at the lower sides of the body. The underside has a cream coloration. Juveniles are black with a blue tail and white or pale yellow spots on the lips. Juveniles have a gray underside.