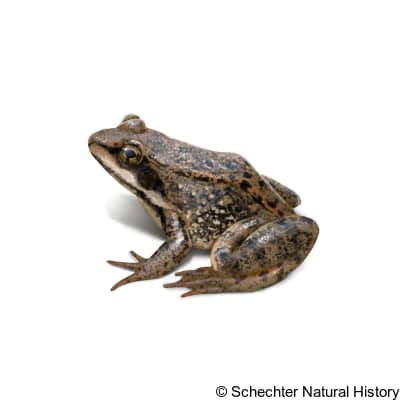 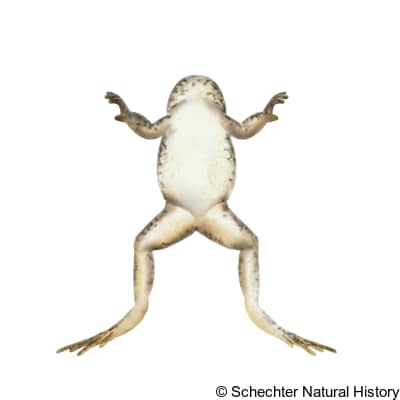 Found in the Cascade range and Olympic mountains of the pacific northwest, from Washington down to northern California.

Species prefers temperate forests and grasslands, and will be found living near freshwater lakes, marshes, ponds, and rivers. Found at elevations from 2100-8000 feet, particularly in dense populations around volcanic areas of the mountain range. Will travel further from water during times of high humidity.

A mostly greenish brown frog with dark brown, irregular spots, a pale yellow to white underbelly, and light spots on its sides. It has a dark brown patch running from its eye to the corner of its mouth, adjacent to a white stripe running along the edge of its mouth from the rostrum to the corner of the mouth. It has dorsolateral skin folds on each side, running from behind the eye to the hip. Only partial webbing on rear toes. It grows to a length of 5-6.5 cm.