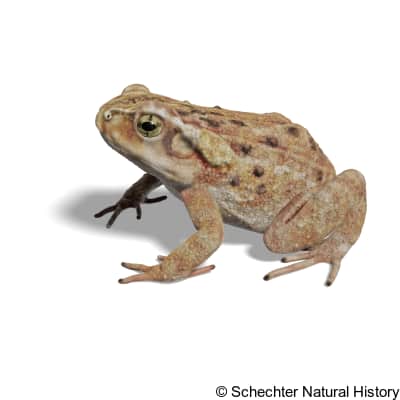 This specie is distributed natively over a large area in the medial portion of America in the north. It also is distributed from the lower valley of the Rio Grande, in southern Texas (United States) and northern Mexico. It continues south along the coastal plains all through the Mexico tropical lowlands and through Central America. It then reaches the northwestern region of South America. Lastly, it goes to the western slope of the Venezuelan Andes, the north and west of Columbia, the west coast of Ecuador, then reaching in the south the northwest corner of Peru.

They can be found in open area usually in disturbed agricultural or urban areas but are less frequent in undisturbed forests. They are terrestrial and have a nocturnal habit, but the juveniles are active in the day. Their diet is made up of invertebrates but sometimes on small vertebrates like lizards, rodents among others. They reproduce during rainy seasons and dry seasons and the eggs hatch at 36 hours.

They are large toads which have dorsal tuberculated skin with medium and rounded tubercles usually with a keratinised spike at the tips. This could be with or without large scattered warts. It has a short snout with no bony protrusion at the angle of its jaw, subacuminated in dorsal view and truncated to rounded profile. This specie also has low cranial ridges with less obvious labial and parietal ridges with a visible eardrum. Their dorsal colouration varies from light to dark brown. This could be with or without yellowish, orange or reddish hues. They could also have black or dark brown spots spread on its back which could have the tip of their tubers or huge red warts. Lastly, its belly is mottled white and its iris is yellow or pale gold with black reticulations.