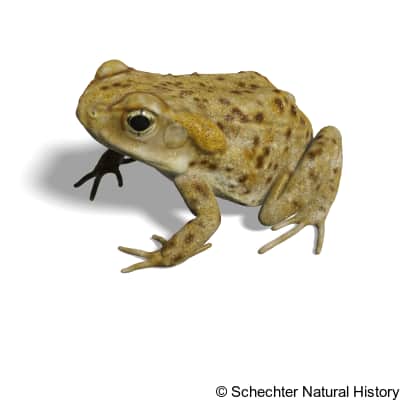 They are found in Southern and Central America and the United States. Other places they could be found are Hawaii, Virgin Islands, Caribbean, Australia and Guam etc. They were introduced into most of these places due to biological control of sugar cane pest.

They are commonly found in the rainforest, grasslands, open forest, gardens etc. They are nocturnal and show increased activity in warm seasons. In cold seasons and daylight they are noticed to live in wet and hidden habitats like hollows, underneath woods and rocks. They are omnivores, feeding on insects, snails and snakes. They also feed on waste edibles and vegetables. These amphibians can reproduce at any time in a year except in very cold seasons. They give birth in various water bodies and have a high tolerance for saline water. The process of fertilization occurs externally. Females lay up to 8000-35000 eggs in one clutch and there can be two clutches in a year. Their eggs are known to hatch within a period of 24-72 hours and its tadpole stage could last 3-20 weeks.

These group of amphibians are large and possess dry skin. Their weight varies from 1.3-1.5 kg and their average length is 10-15 cm which could go up to 30 cm mostly in females. The adult females are notably larger than the males but the adult males have bigger forelimbs than the females. Their head is bony and the bony prominence extends to the eye and nose. Their parotid glands are large which produce toxins that are harmful. They possess webbed hind feet and unwebbed fore feet. The general color observed could either be yellow or a light or dark shade of brown and their underside have a light color. Younger toads possess a dark skin shade and patches that are darker and their parotid glands are not well-developed. While tadpoles have a black dorsal surface and their belly is shiny and white with black spots. When breeding, the males are noticed to have dark swellings on their first and second finger which helps to adhere to the female.