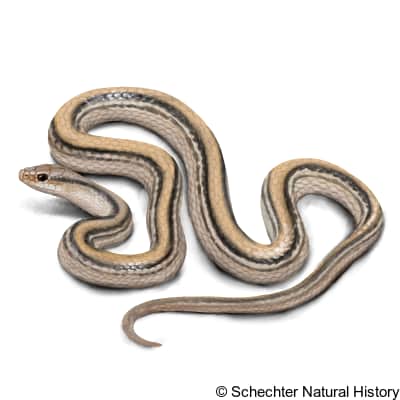 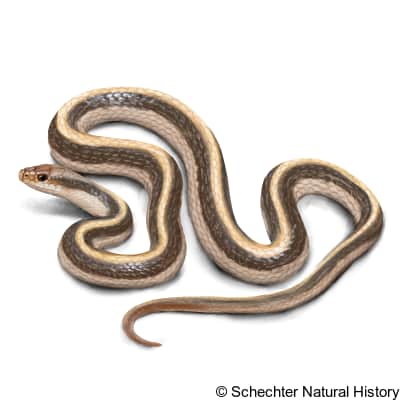 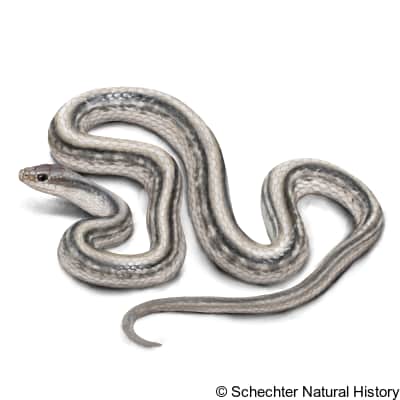 Inhabits a variety of regions including plains, mountain slopes, desert, creosote bush desert, grassland, flats, sagebrush, and woodland. Usually found on the ground, but can sometimes be found climbing vegetation.

Dorsum is gray and displays a tan or yellow stripe running down back and dark stripes running down both sides. Body is slender with smooth scales. Snout possesses a large scale on its tip and top of head is gray. Venter is usually cream. Colors make it especially good at camouflaging. Females and males mate between April and June. Females lay clutches in the summer; average clutch size is between 4 and 10 eggs.