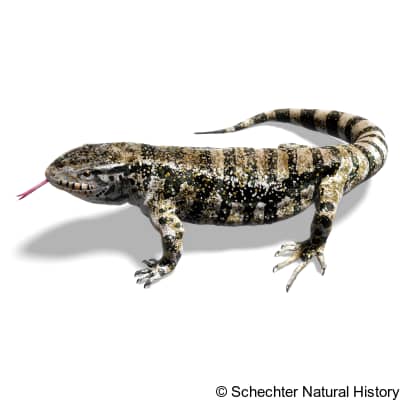 It is natural to most parts of Eastern and Central South America, and Florida, USA. It has high occurrence in Lakeland and North Port, Florida, and in Sap Paulo Brazil, Uruguay, Columbia, Paraguay and Argentina.

Favorable elevation are marked at few feet from sea level and capped at 4,100 feet altitude. Preferred habitats include grasslands and cleared forests. They are occasionally found in areas that may be seen as human invaded areas like interstate roads and other awkward areas one can least expect to find wildlife. During breeding season, the female makes burrows where it lays up to 35 eggs, and that’s why they multiply very fast. Hatchlings appear from eggs showing a very bright coloration all over their heads, this disappears with further maturation. In winter, they burrow and hibernate partly due to their warm-bloodedness in a process commonly called “brumation”. Diet includes but is not limited to invertebrates like arthropods and molluscs. Being oviparous it also dines on fruits and other plant produces. A larger adult needs increased protein intake to grow to its expected size therefore egg poaching from birds and caimans nests and bird hunting is often included into feeding routine. They are fast sprinters, and can cover short distances within a small period of time. It is a tail detacher, a mechanism meant to distract an enemy while escape is made. Apart from being a fast runner, it also uses its tail as a defense tool, and a successful hit with it can cause serious damage. Its jaw can also cause great damage when used in full force.

It is seen as a big reptile. It is generally just a large lizard with certain modifications to make it look like the monitor lizard. It has a tough scaled skin, an adult's color is blackish. This skin color is patterned in yellow to whitish speckles and bands of different shades of black or dark gray. It possess the type of dentition known as heterodont type of dentition which comprises of 70 teeth of four dissimilar kinds of teeth. An adult male can measure up to 950 mm to 1500 mm in total length. An adult female is a bit less in size but can reach up to 1000 mm when spanned from head to tail.