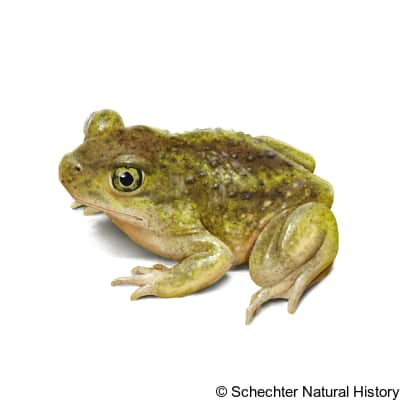 These species of Hunter’s spadefoot toad are found in the south-central United States; the region of Texas, Louisiana, Arkansas and Oklahoma. Their range might extend to the adjacent northern Mexico.

This species are found mostly in sandy or gravelly areas or soft and light soils in Savanna regions as well as in mesquite scrub. Because the Scaphiopus Hurteri are nocturnal amphibians, they are hardly seen when there hasn't been recent rainfall and spend a large part of the day buried underground during dry season. They feed on invertebrates whenever it rains and breed in ephemeral pools. Eggs laid by female toads hatch within a day or two which makes them have one of the fastest reproductive cycles of any species belonging to the same class. The tadpoles soon develop to froglets in a couple of weeks due to the fact that most of their breeding areas dry quickly once the rainy season is over.

The hunter’s spadefoot toad- Scaphiopus Hurteri is characterized with being about 2-3 inches in length and having eyes with vertical pupils, stocky bodies, no parotoid gland, and relatively smooth skin. Its most distinctive feature however, is a spade-like projection on its hind feet, from which its common name is derived. This projection enables the spadefoot toads to dig in loose soils with ease.