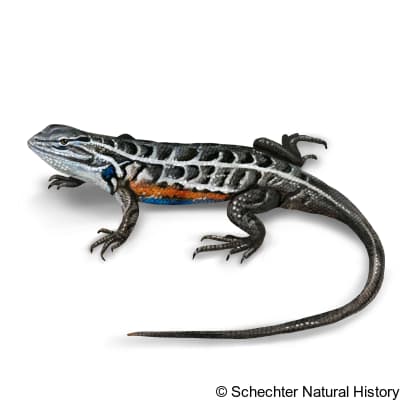 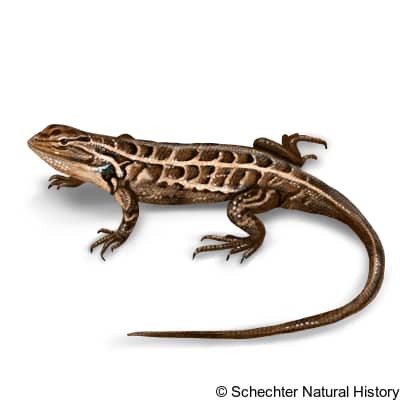 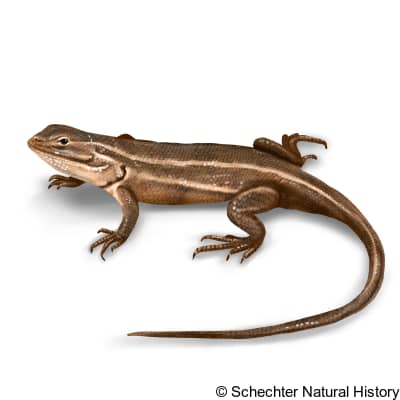 Slevin’s bunchgrass lizard is a species native to southwestern Arizona in the United States of America and northern Mexico (northern Durango, eastern Sonora, northeastern Sinaloa, and central and western Chihuahua).

These lizards thrive in evergreen woodlands, coniferous forest/woodlands, open plains, and mountains. They are most commonly found in dense bunchgrass on slopes. The lizards are more populous in ungrazed grassland in southeastern Arizona. They shelter in the grass for protection. The lizard’s breeding season is in April and females lay eggs in June, July or August. Hatchlings emerge in August and September. Slevin’s bunchgrass lizards are insectivorous, feeding in true bugs, wasps, beetle, grasshoppers, and even spiders.

Sceloporus slevini is a small lizard (averagely 2.7 inches in snout-to-vent length). The coloration may range from tan, gray-brown, to yellow-brown lizard. There is a wide gray stripe at the mid-dorsum with a light stripe on either side of its upper back. Nearer to the belly, there is often a tint of orange. Some specimens have a bold pattern while the others are comparatively unpatterned. Bolder colored specimens display dark crescent-shaped blotches, stripes on the back, a dark spot with a middle of light blue on the pair of shoulders. Unpatterned specimens are typically gray-brown with no blotches and indistinct soft-edged stripes. The males have two blue bars on their belly. The lizard has ridged scales that overlap.