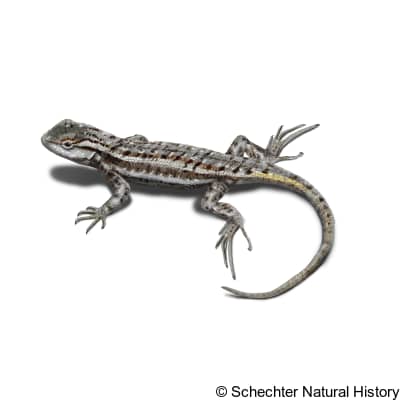 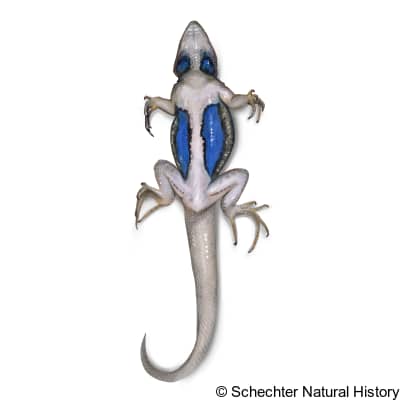 The Plateau fence lizard spreads across all of northern and eastern Arizona, at elevations from 3000’ to 9000’.

They inhabit a variety of biotic communities such as; the Great Basin Desert scrub, Great Basin Conifer Woodland, plains and Great Basin Grassland, Madrean evergreen woodland, and the Petran Montane conifer forest. They are often reported to be seen in low valleys, grassy plains, bajadas, foothills, rocky canyons, and forested slopes, dwelling in sunlit areas with basking sites. When its summer, it is only active during mid-day and late afternoon, but when its spring, it can be active all day long. It hibernates during winter or late fall. It forages on the ground but sometimes climbs on trees and rocks to bask in the sun. They sit and wait for prey to be close enough before they attack. They feed on insects like termites, ants, flies, beetles, and others. They mate during spring and early summer. Females lay 1-4 clutches, with each clutch containing 1-10 eggs. Hatchlings emerge during June to September.

It is a small grey-brown or golden-brown species, with a snout-to-vent length of 80mm. It has pointed, keeled, overlapping scales, with 2 light stripes on the back and a broad, muted, grey, mid-dorsal stripe, housing small dark blotches. The male species have 2 large, dark-edged, blue patches on its belly, with 2 blue blotches on the underside of the throat, while the females lack belly blotches. Gravid females have an orange or yellow tint on their back.