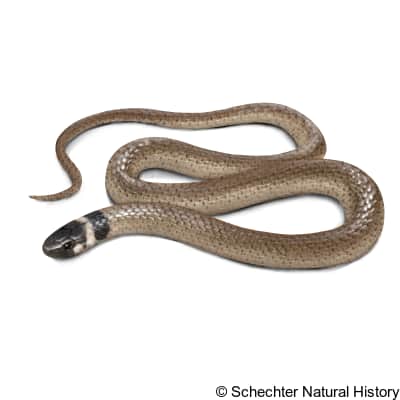 Crowned snakes are commonly found in woodlands, sandhills and flatwoods. They are secretive snakes, being typically active at night and spending most of the daytime underneath rocks and debris. They feed on worms, centipedes, snails, termites, spiders, insects and their larvae. The snakes hibernate in October and usually emerges in late March or early April, breeding usually occurs during this period and the females typically lay 1-3 eggs in between My-June, which hatch in the fall season.