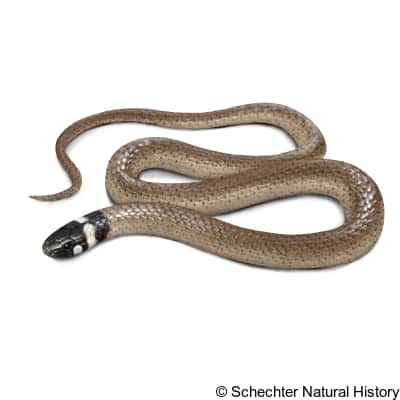 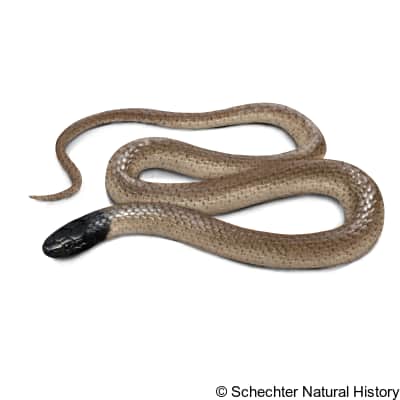 It has a restricted range and is found only in the state of Texas, particularly in the eastern parts of the Trans-Pecos near Del Rio and the Big Bend.

They are found in the limestone hills of the Chihuahuan desert hiding in the cracks and crevices of rocks away from predators. They are shy and not very frequently seen. They feed on insects and invertebrates such as centipedes and spiders. They are oviparous laying a clutch of three eggs around June.

Growing up to a length of 8-17 inches, the big bend black head snake is the largest species of tantilla found in the United States. At mid body it has 15 dorsal scale rows and a separated anal plate. It has a tan dorsal surface and a white underbelly. The head is black and extends for a minimum of five dorsal scale rows. There are however, two distinct patterns associated with the cucullata. One pattern is all black and the second has a white band separating the head and the base of the neck. It also has white below the eyes and occasionally on the snout.