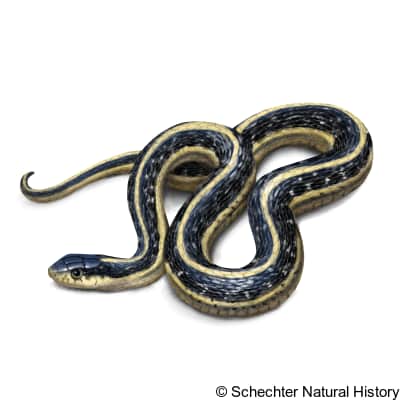 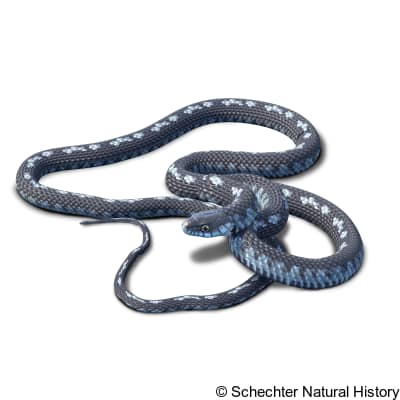 Found throughout the Western half of the continental United States, southwestern Canada, and into the Baja peninsula of Mexico.

Primarily terrestrial. Found from sea level up to 13,000 ft elevation. Habitats are diverse including grasslands, deserts, mountains, forests, and wetlands. Some subspecies are semi-aquatic.

Extremely variable in coloration due to several subspecies & individual variations. Generally a dark colored base, occurring in shades of grey, brown, green, or black, with a central lighter colored stripe running down the dorsal length of body from head to tail tip. Stripe can occur in shades of orange, yellow, white, and tan. Main stripe is flanked on either side by narrow side stripes, sometimes occurring with black or red spots between stripes. Varies in adult length from 18 to 41 inches long.