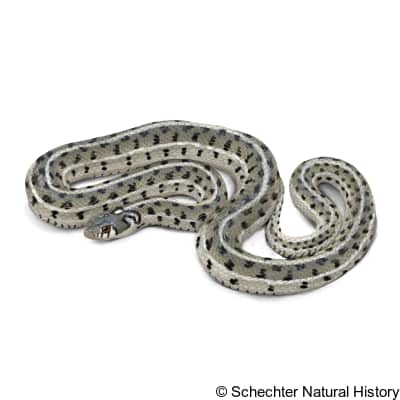 Dorsum either yellow, brown or tan with black markings resembling a checkered pattern. Yellow stripes run down back and along sides. Sides of head exhibit dark markings. Venter can be light or display dark markings. If picked up, usually will excrete musk and its cloacal contents. Females bear live young any time from May to October. Average total length is between 20 to 28 inches (51 - 71 cm).