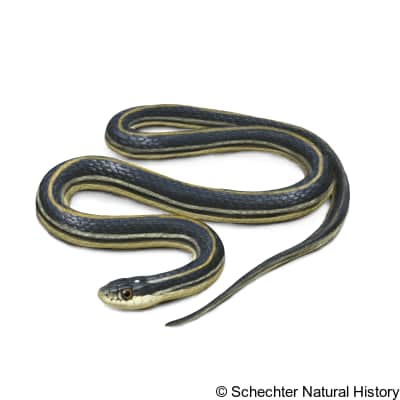 Usually can be found near water sources including ponds, streams, lakes, swamps, and marshes. May hibernate in areas that are far from water sources. Typically eats amphibians, fish, and lizards. During especially hot weather, can be completely nocturnal.

Dorsum is either olive, brown, or black and exhibits three stripes down sides and on back which can be light, orange, yellow, or white. Venter usually light. Top and sides of head usually dark while upper labia are white. Reach sexual maturity in either second or third year. Litters usually range from 4 to 27 young.