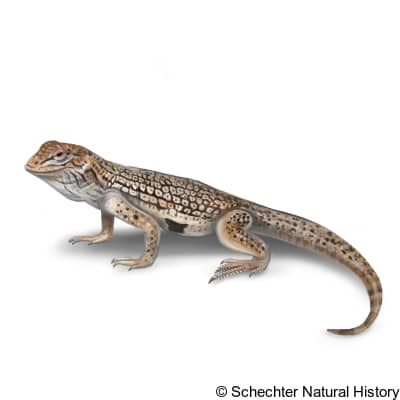 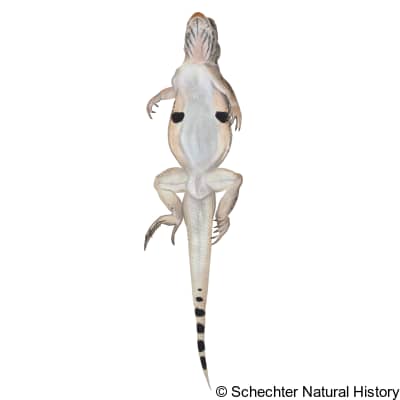 The lizard’s habitation is influenced by sand characteristics such as grain size and densification. The lizards enjoy regions with distributed vegetation, windblown sand and sand dune, particularly for easy burrowing. They are omnivores and so feed on small insects along side leaves, flowers, buds and seeds. Occasionally, the adult fringe-toed lizards may also be seen devouring hatchling lizards as well. In the real sense, the lizard relies on the “blowsand” for its long-term survival and so has adaptation features like its fringe toes to aid its sustenance on loose sand. This lizard is not in any way, a nocturnal animal but could be considered a cold-blooded animal. Although, it requires external heat to operate effectively, it buries itself underground at night then sticks out its head to warm up in the morning using the rays from the sun. Once it is sufficiently warmed up, the lizard emerges to begin it’s day to day activities. The Yuman desert fringe-toed lizard is often considered a seasonal breeder. The females lay up to five eggs between 4 months after mating. After the eggs hatch, incubation period begins and lasts for about 60 days.

The Yuman Desert Fringe-toed Lizard is a medium sized lizard with a flat body and a fragile tail. As a result of growth, the lizard grows in size ranging from 0 to 5cm as juveniles and 7 to.12.2cm for adults in total length. The body parts consists of a pointed snout for easy burrowing, moderately large eyes with interlocking eyelids, a countersunk lower jaw, flaps over the ear openings and valves in the nasal passages. It has small, harsh and granular scales. Usually, they are cream, tan and reddish-brown in colour but specifically, cream in the underside with blatant dark spots on the belly sides as well as on the throat. The unique orange coloration on the belly during breeding season as well as the dark lines on the neck and shoulders distinguish this lizard from the similar species. The dorsal side is marked with small orange spots and on the neck through to the shoulder, the spots form lines and eventually appear in rows. The scales on the back edges of the toes are special and pointed, looking like a fringe hence, the name by which it is called.