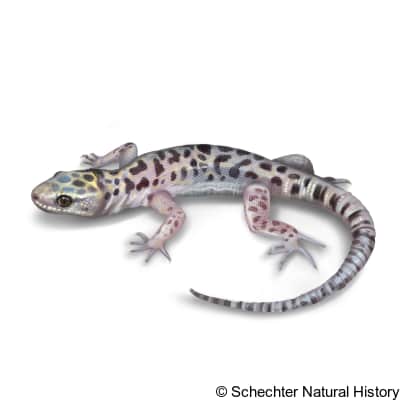 The Sandstone Night Lizard is a specie of lizard that is endemic to California, United States.

The sandstone night lizard is classified “Nocturnal” as the reptile takes covering during the day under burrows and exfoliating holes and cracks in the sandstone. As a consequence, they are found to be more active from spring to fall and in turn, take refuge during winter. They dwell and burrow in sandstone and mudstone regions. In short, for this specie, an important requirement for habitation is the presence of rocky refuge. Typically, their diet consists of insects and plants. They spend most of their time in rocky burrows and crevices avoiding predators such as rock dwelling lizards, snakes, birds, etc. and so even reproductive activities take place secretly. They mate and lay eggs that eventually develop within 3months.

This specie of night lizard is small and flat bodied with a uniquely soft set of granular scales. It is a flat and narrow headed lizard with a short and slender body, usually 2 to 2.8 inches long from snout to vent. The head consists of a pair of lidless eyes with vertical pupils and folds. Their base coloration varies from white to yellow, with small, irregular and round spots on the dorsal part and on the tail. Also, the underside is white with tiny black markings on the forepart. Its distinguishing features include: limited number of scales around the upper arm and leg, few longitudinal rows of dorsal scales and very thin limbs leaving the male, specifically, with enlarged femoral pores. Summarily, this lizard is often referred to as the lighter version of Granite Night Lizard (xantusia henshawi).